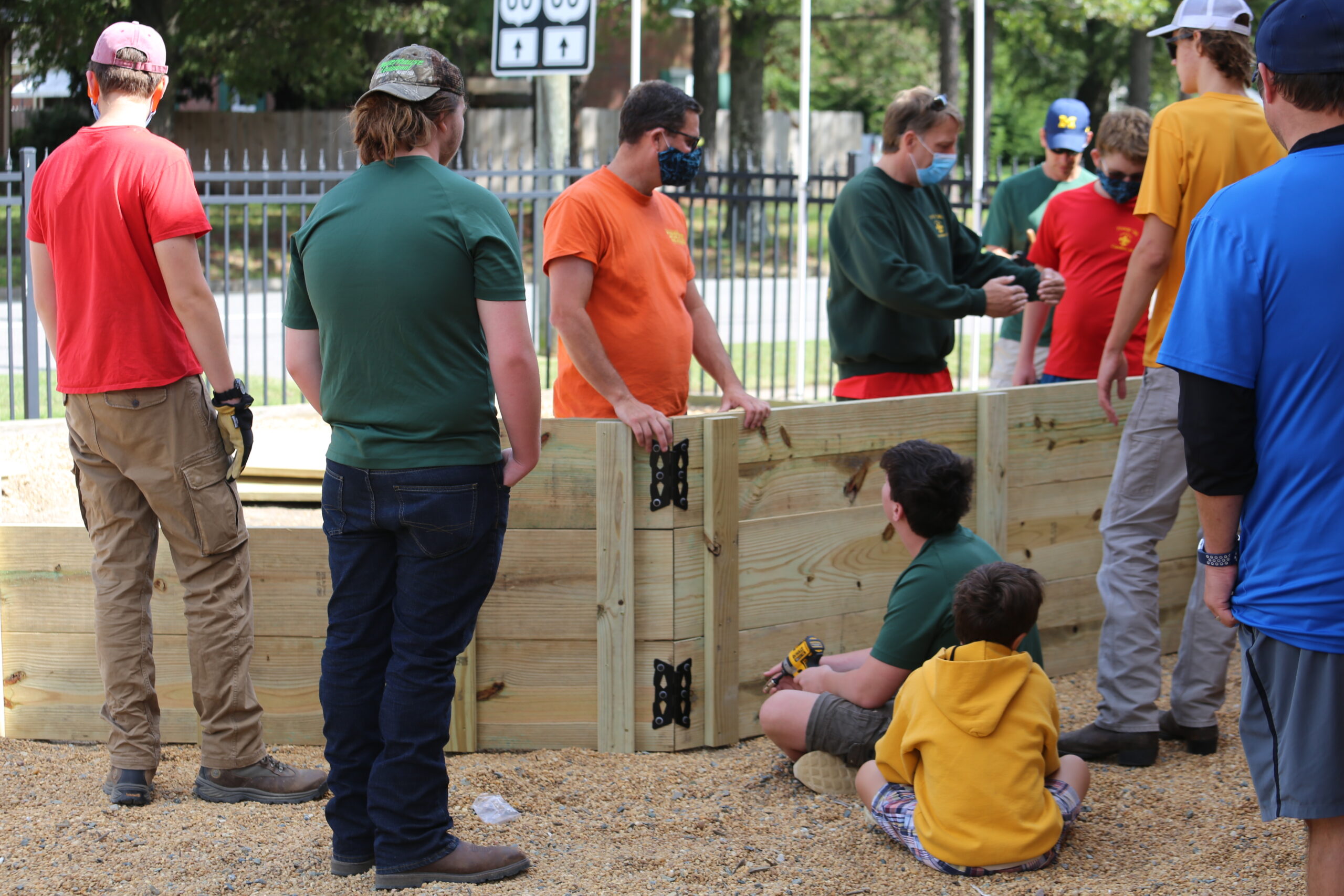 When Nate Baker considered what he wanted to do for his Eagle Scout project this year, his first thought was of Trinity Lutheran School. A 2018 graduate of Trinity, Nate is now a junior at Smithfield High School and is also enrolled in the Governor’s School STEM program. His mom, Ellen, is the school’s library resource teacher, and his two younger brothers attend Trinity.

Nate has been an active member of the Boy Scouts since he was seven years old, so achieving the title of Eagle Scout has been in his sights for a while. The Eagle Scout project is the pinnacle of any boy’s scouting experience. Its purpose– to demonstrate leadership of others while benefiting one’s community– has been illustrated by thousands of helpful contributions to communities around the world by local teens. Nate used his previous experience with construction projects (he built a treehouse for his family a few years ago) and his memories of being a student at Trinity to guide his decision. “I remember that the playground (at Trinity) didn’t have a lot to offer. We played a LOT of ‘tag’! And I wanted to do something that would be durable, that could be enjoyed by students of all ages.”

His creation of a Gaga ball pit checks all boxes. Gaga ball, for those of us who are not up-to-date on playground trends, is a kinder, gentler version of dodgeball played with a soft foam ball. Nate and his crew of volunteers built the walls for the pit at his home. They brought the pieces to Trinity on a sunny Saturday afternoon for assembly. Beyond the gratification of making something lasting for his old school, he said “the opportunity to work with a group of friends and volunteers was awesome.”

The fellowship shared during the construction of this playground improvement is echoed every day at school in the shouts and laughter of Gaga ball competitors. This is one Eagle Scout project that has improved a school community for years to come.

Maureen Crone is the director of marketing and development at Trinity Lutheran School.